One of the most distinguished natives of Ivanovce village was Mr. Juraj Ďurikovič (1783 – 1848), son of yeoman Pavel Ďurikovič (Gyurikovits). He was born on 12 Jul 1783. Mr. Ďurikovič was a well-educated outstanding geographic researcher whose works included facts from history, geography and culture of Hungary (as part of the Austrian – Hungarian Monarchy) and Slovakia. In 1790, the young boy Juraj started his studies in local schools in Nové Mesto nad Váhom and Zemianske Podhradie; then he continued in his high school studies in Trenčín (1793) and in Modra (1795). In 1796, he joined the Evangelical Lyceum in Bratislava and in 1799, the Lyceum in Koros where he acquired advanced knowledge of Hungarian history and Hungarian language. In 1800, he came back to Bratislava to finalise his studies at the Royal Academy. During the period 1802–1803, he was employed as an economic officer at manor in Pustý Fedýmeš (nowadays, Pusté Úľany village, Galanta District) where his uncle Juraj Ďurikovič served as the economic administrator. He wrote here his only work, travelogue, using a language dialect for Trenčín region lightly influenced by the Czech language. This publication depicts most of the villages and cities he and his uncle visited while heading the Orava Castle (Sereď, Nitra, Kraľovany, Terchová, Žilina and native Ivanovce).

In late 1803, Mr. Juraj Ďurikovič arrived in Bratislava to attend legal practice with Mr. Pavel Škultéty. He met here Mr. Andrej Lehoczký who was a historian researching the Hungarian genealogy. In that time, Mr. Juraj Ďurikovič dedicated his entire effort and knowledge to historical and legal researches 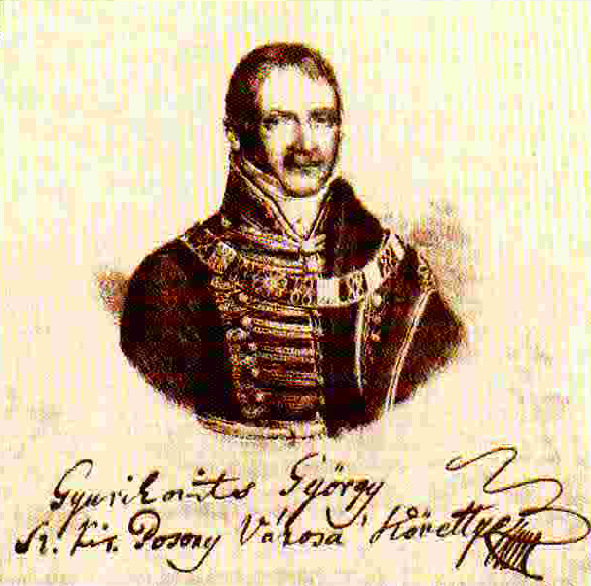