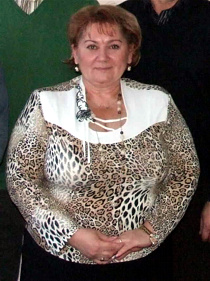 ayor of Ivanovce village is Mrs. Mária HLÁDEKOVÁ. In 1990, she was elected to perform this function for the first time and since then, her professionalism, personal dedication and efforts have made Ivanovce village a wonderful place to live. During her uninterrupted multiple tenure she has successfully managed and completed various projects aimed at increase of comfort and living conditions for the village´s population. The projects include a construction of gas-pipe system throughout the entire village, re-vitalisation of a community cemetery incl. reconstruction of the House of Mourning, public street lights system in Ivanovce valley, construction of water-tank facility for villages Ivanovce, Adamovské Kochanovce and Melčice-Lieskové (1996), and water-pipe system throughout the entire village (1997-98).

The Mayor of Ivanovce village is the most senior executive officer in the local government who is directly elected by the citizens of Ivanovce village every four years. Generally, details about election procedures, conditions, functional performance and responsibilities of Mayor are dictated by the particular national legislation.