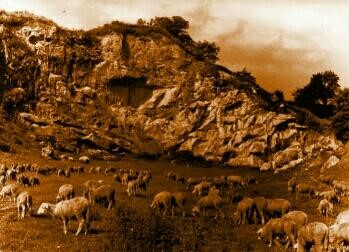 South part of the village is a place where one of the White Carpathian Mountains´ (Biele Karpaty) ledges ends. Location called “the Rock” dominates a vast valley of the river Váh. Nowadays, the north part is reduced by stone mine while the east part was destroyed and replaced by the railway system. In the prehistoric era, this place was ideal for settlement due to its higher location and nearby river that offered a natural protection from the left side.

The oldest evidence about the Rock settlement come from the earlier Stone Age. During the period of 40,000 – 30,000 BC, settlers of Szelet culture occupied the area and left us impeccable chipped tools: leaf shape prongs, edges and scratchers.

After this transitional settlement, the stony and dusty rock platform became abandoned for thousands years. Later on, during the later Stone Age, a small settlement of farming humans was built on the Rock (4,000 – 3,000 BC). Only a small number of various pottery products have been found from this settlement.

Intensive occupation of this location started at the end of the later Stone Age (3,000 – 2,000 BC). Population belonging to so called “Bošáca Group” (Bošáca is a nearby village) developed a large settlement here. Archaeological research saved probably only the edge of the settlement as the main part was located in the area where stone mine was built. Remains of the collapsed house walls indicate where log cabins settlement was constructed.

They are the best-preserved evidence about the house constructions in Slovakia at the end of the later Stone Age. A large number of pottery pots with various beautiful decorations, stone hatches, chipped stone tools, pottery weaving machine, and bony awls were also found in this area. 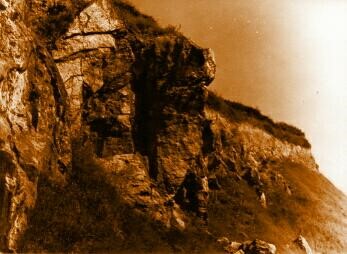 The most important settlement on the Rock was built in the Earlier Bronze Age. In the 16th century BC, during the Hungarian era (Hungary is a small village in south part of Slovakia), it was a large fortified settlement. In west of Slovakia, archaeologists have found several larger and fortified settlements with deep moats. Very similarly was also fortified Ivanovce settlement. Unlike the others, the outside moat walls were constructed from stone. It is one of the oldest evidence of the stone culture not only in Slovakia, but also in entire Central Europe. The settlement was surrounded by fortification partially from the south and west with an easy access into. The settlement itself has not been preserved.

The settlement´s internal structure is unknown. In the area between both moats, some pottery pieces that could be parts of log cabins were found. In outer area, typical reservoir holes with bottleneck shape were used to store corn. The Hungarian culture left us a large number of ceramic pieces and various stone, ceramic and bony small items. Definitely, the most valuable finding is a bit unusual jewellery box that belonged to one of the female citizens of the settlement. Before she left, she had carefully saved her jewellery into it; however, she has never come back to take it.

When this Hungarian culture´s settlement disappeared, the Rock location left abandoned and unoccupied for several decades. Archaeological findings of some broken pottery pieces and many bronze items indicate a temporary presence of humans in this location during the Earlier Bronze Age. 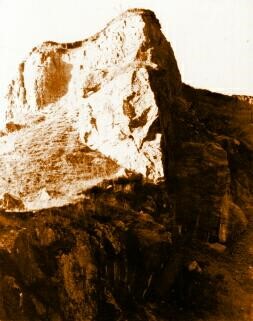 Nowadays, Ivanovce village is located in larger area with easier access to. Bushes cover the edge of the original prehistoric settlement and on the top corn is planted.